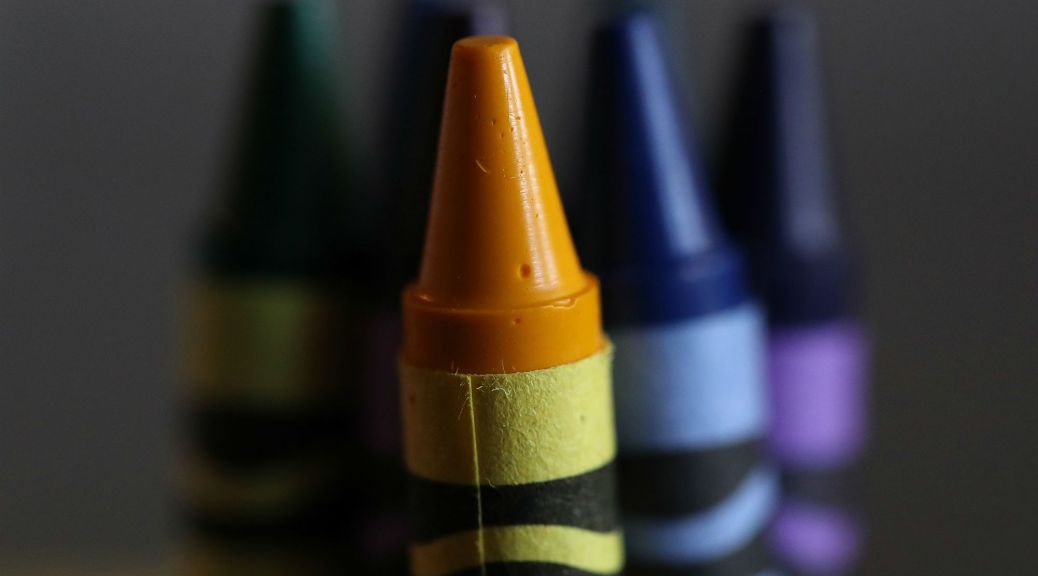 I remember going back to school after Labor Day as a child.  This may or may not be true, memory is an inconstant thing, but this is how I remember it.

There were swimming lessons late in August, lessons in the evening and we shivered in our damp towels on the ride home, the nights already cooling in a way they did not in July.  As I write this I wonder why lessons so late in the season, mere weeks before the pool would close.  It was the early 60s and the world was lousy with kids so maybe it was the only time there were slots open.

Regardless, my mother and her friend signed us all up for lessons, and I did passably well learning my strokes and holding my breath as long as my feet could still touch the bottom.  On the night of the final, the big test, with parents gathered around to watch us, we were to stand on the ledge of the diving pool, lean over with our arms above our heads in some semblance of a diving stance, then splash into the water and  swim the length of the pool without drowning, some poor lifeguard treading water for what seemed like hours, making sure we didn’t.

I failed that test.

Never jumped in, no matter how that lifeguard begged me, reassured me.  No matter the jeers from my brother, already in possession of his certificate.

Not even when my mother’s friend marched up to her own daughter in a huff, because she was pulling the same stunt I was.  Not even when her little girl’s eyes widened as her mother hissed words is her ear and she dived in like a cartoon character doing a double take and swam like a maniac, her little butt stuck up in the air,  jiggling back and forth with her leg kicks, and everyone laughing.

My humiliation wore off fairly quickly, because school would soon start and here I was in my element.  Not math class maybe, but English and current events, in which I learned I had many opinions, and then the social aspect of school.  Well.

This I was born to.

But first it was about the school supplies.

Mostly it was about the school supplies.

It seems to me that we showed up at elementary school early one morning, our mothers squeezed into tiny chairs where they received some kind of instruction and a list of supplies for each of us.  At that point, not a moment sooner or later, we piled back into the car and headed for Ben Franklin.

The lists were not so long back then, fat pencils and crayons, notebook paper and penmanship tablets, and always lots of begging for compasses and protractors, that last bit of equipment I never knew the purpose of.  Gum erasers, maybe a small ruler.

But just last week a friend of mine, a teacher,  was tossed into a tizzy, a bit of a meltdown, when she saw an advertisement for school supplies at one of her local emporiums. She knew what that meant. It’s not that she is oblivious, for surely she has seen the stacks of paper and legions of colored folders taking up the shelves that used to house pool toys and sun screen.

It’s just that something about the end of summer, her summer, hit her between the eyes and she didn’t like it.  It broke her heart a little.  Broke every other teacher’s heart, too, with whom she shared her upset on Facebook.

It was a fleeting upset for her, I hope.   But anyone who lives by the school calendar feels her pain and commiserates.  Me, too. The end of summer used to be late August.  Not anymore.

Summer calendars get filled in and marked and loaded down with things, obligations, work and chores and then one day, where did it go, exactly, all our lovely free time?

My life, since age six, has been ruled by the school year.  Every job I have had has been in an educational setting or in support of school aged children.  Even now, when I no longer have to report for duty, when I can travel anytime I want, I cling to fall break,  spring break and Christmas closings like a drowning man, mark them on my calendar still.

And I am always sorry for summer’s end.  The idea of it, that freedom, even as I feel the tug and anticipation of a fully stocked Ben Franklin.

I will wait until later in August, because that is proper timing, and at such time I will buy new notebooks.  Pens.  A protractor.  And then, for summer, a proper goodbye.