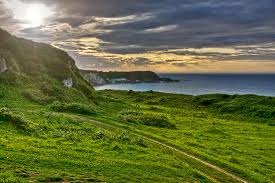 It’s not that I don’t get to travel much but right now I just about can’t stand it, because every time I open up my Facebook page, there, gaping back at me are hundreds of images of the British Isles and Ireland.

OK, not hundreds, but tens of tens of images.

And it isn’t that I am jealous, it is just that these images make me sad that I am not there, too, and I can hardly stand it and then I get cranky.

This seems to be the Irish spring for many of my friends, and I only wish I had the forethought to plan something similar. I am terrible for sitting around and daydreaming adventures, but never getting off the couch to check airfares and hotel rooms. I never check my calendar to see when I might shoehorn in a trip.

Not like my pals, Silas and Jason, who think about it, then get busy planning it. They should be home now, and from their photos it looks like they enjoyed a trip of a lifetime. How these two cram so much into a two week journey is beyond me.

And they go as travelers, not tourists. They wander the woods that

Thomas Hardy wandered, and then they take superb photos of those woods, with their primordial looking beech trees. They photograph their food, because I believe this is required, and they have a gift for sussing out excellent fare, the best shepherd’s pie, iconic roast beef with Yorkshire pudding, and the 99.

A 99 is an ice cream cone with a Cadbury “flake” stuck in it—it looks like a tiny little yule log—and once they posted a picture of it, I saw them on every British TV show I watch. Sort of like test-driving a car, and then everywhere you go you see that same car.

And speaking of, apparently Jason is an expert at driving on the left, and he easily maneuvered them throughout southern England. I am not surprised, though. Our friend, Alice, had a gold land yacht of a car, ancient and recently deceased—the car, not Alice—and Jason was in charge of parking it, turning it around on narrow mountain

ledges, and edging it out of the shrubbery that Alice had driven it into.

Alice could drive it forward and backward, and blow the horn.
That is the extent of it. In fact, it was the death of that horn that she mourned the most. It was deep and loud, fog horn on steroids, and she gave unsuspecting passers-by heart attacks every chance she got.

I have never been brave enough to try my hand at driving in England and Ireland, but I am looking forward to a short tutorial when Jason gets home. My friend, Al, is heading to Ireland in a few weeks and he has driven in New Zealand. He said the trick is to remember,
“white on the right, white on the right.” which makes sense if you don’t think about it too hard.

My old mentor, Sally, is in Ireland right now, sending back black and white images of castle ruins and holy wells, interspersed with colorful images of Dublin doors. She surely must have Celtic roots,

because with each new image she looks more at home and more like a native, with her broad smile and red hair backlit by a slanting sun.

Right now the only travel plan I have is a long weekend jaunt to Brown County with my high school girls. We had such fun in the Smokies last year we decided to do it again. It is my dream that no one brings a Jane Fonda tape this time. We will piddle around, do some shopping, hike a little, and by “hike a little” I hope that means we won’t hike at all but rather, walk on a manicured path, with you, know, some trees and stuff.

Even so, I am researching walking boots.  After seeing all the great places my pals have been, I keep fantasizing about spending a week

or so in England walking. But to do that, one must have the proper gear, which means walking boots, which are very specific to the Brits—brown and sturdy, but not so heavy.

I’ve found several choices, one hand-made in England, which, as we know, is complete overkill, and why I love them. But Brown County beckons, and then, perhaps in the fall, the fells of England.